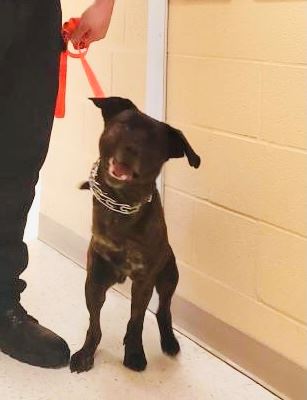 Chip is a 16 month old Sheppard/Lab mix. and lost his front leg after being struck by a car. He does not let this slow him down and is very high spirited and energetic. He will be placed up for adoption in the middle of May, after he graduates from the program. 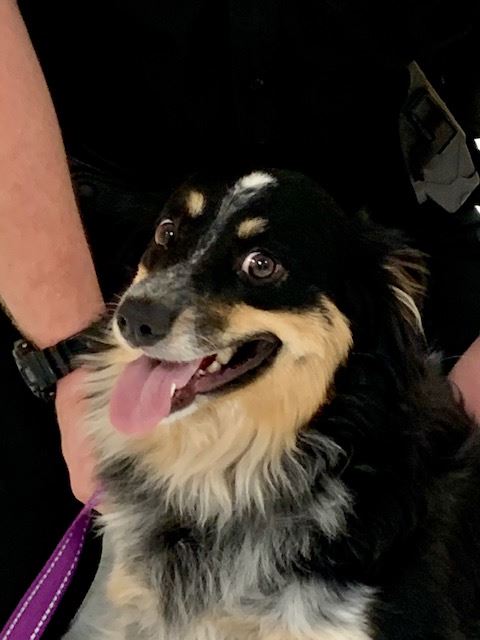 Nova is a 16 month old collie mix and will be put up for adoption in March 2021. 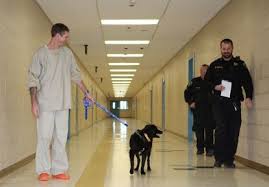 Rosie and her assigned inmate partner, going for a walk in the jail.

In the fall of 2019 the Ontario County Jail began its first ever Jail and T.A.I.L.S (Teaching Animals and Inmates Life Skills) program. We partnered with the Ontario County Humane Society and selected our first K-9 to participate in the program. The dog selected was a mix border collie which was named "Rosie", after long time jail matron Rosie Marrow.

Rosie was assigned an inmate who was interviewed and selected by a panel of Corrections staff and lived at the jail for six weeks. Both Rosie and the inmate shared a housing unit cell with the goal that Rosie be taught obedience, socialization skills and behavior skills. The inmate was taught how to provide these skills by deputies who were familiar with K-9 training. Once the inmate is released, he or she would have learned new skills that could help them get a job in the animal care field. Rosie graduated from the program with high honors, and was adopted by one of the corrections staff.

The program was suspended due to the COVID-19 pandemic, a new dog was selected in January 2021. Nova is a 16 month old collie mix and has been assigned to the inmate and began living at the jail. She will be put up for adoption in six weeks after she graduates from the program.

Nova will be our 2nd dog in the program and will be assigned her inmate handler, and together will learn important skills.

 Teach inmates skills in animal training, animal handling, animal grooming and general animal care. These skills may be utilized upon release from custody in a Vet Tech setting or as a volunteer for animal care.

Our goal is to partner with the Ontario County Humane Society and work with selected dogs for the program in order for them to find a home through adoption. If you are interested in adopting a cat or dog please open the following link humanesociety