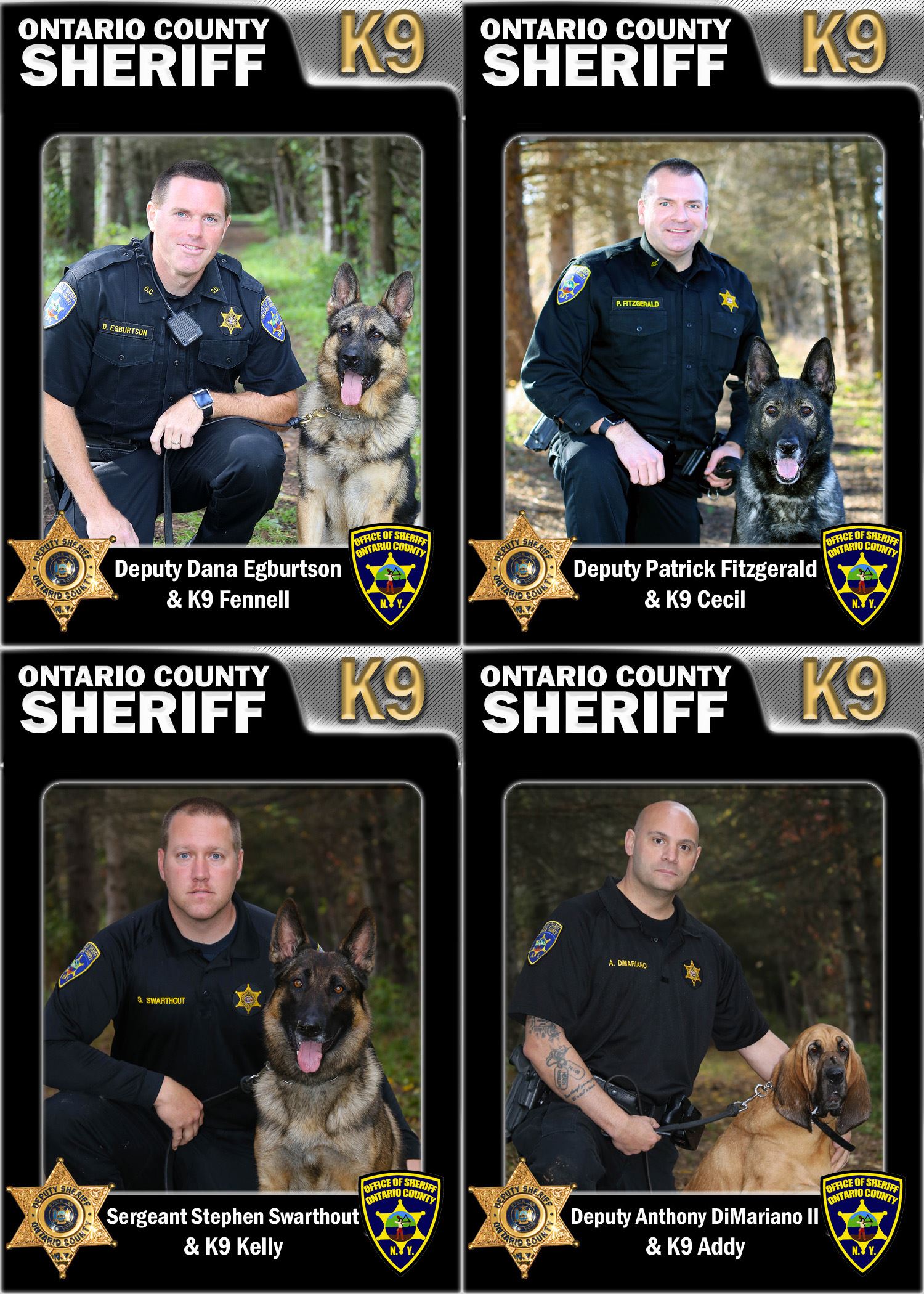 The Sheriff's Department K-9 Unit is comprised of members from the Road Patrol Division.

Cecil, Kelly and Fennell are “Patrol Dogs” and were imported to the United States from the Czech Republic. The teams were trained at the Onondaga County Sheriff’s Department K9 training facility and received instruction in the areas of handler protection, tracking, building searches, area searches and evidence recovery. Cecil, Kelly and Sandy are also cross trained for narcotic detection. Fennell is cross trained as a nitrate (bomb) detection.

Addy is a “Trailing Dog” and is used exclusively for locating people (criminals as well as lost persons). 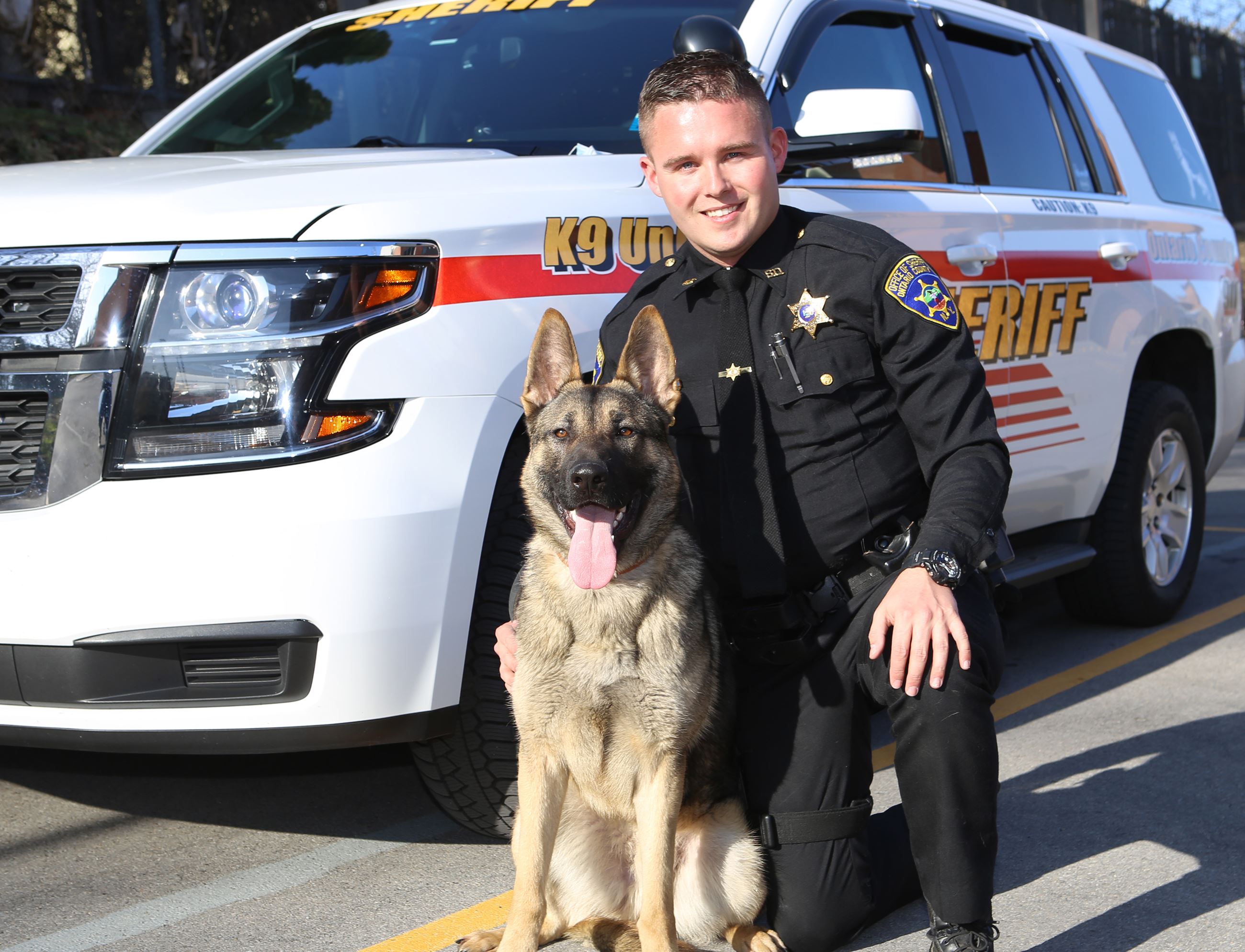