On Friday June 21, Ontario County Sheriffs and Geneva Police brought the various new models of patrol vehicles to run through a series of tests at the old Seneca Depot runway in Romulus. With the retirement of the "old reliable" Ford Crown Victoria, car manufacturers from Ford, Chrysler and Chevy introduced vastly improved models...All hoping to find a spot in every department's stable of cars. 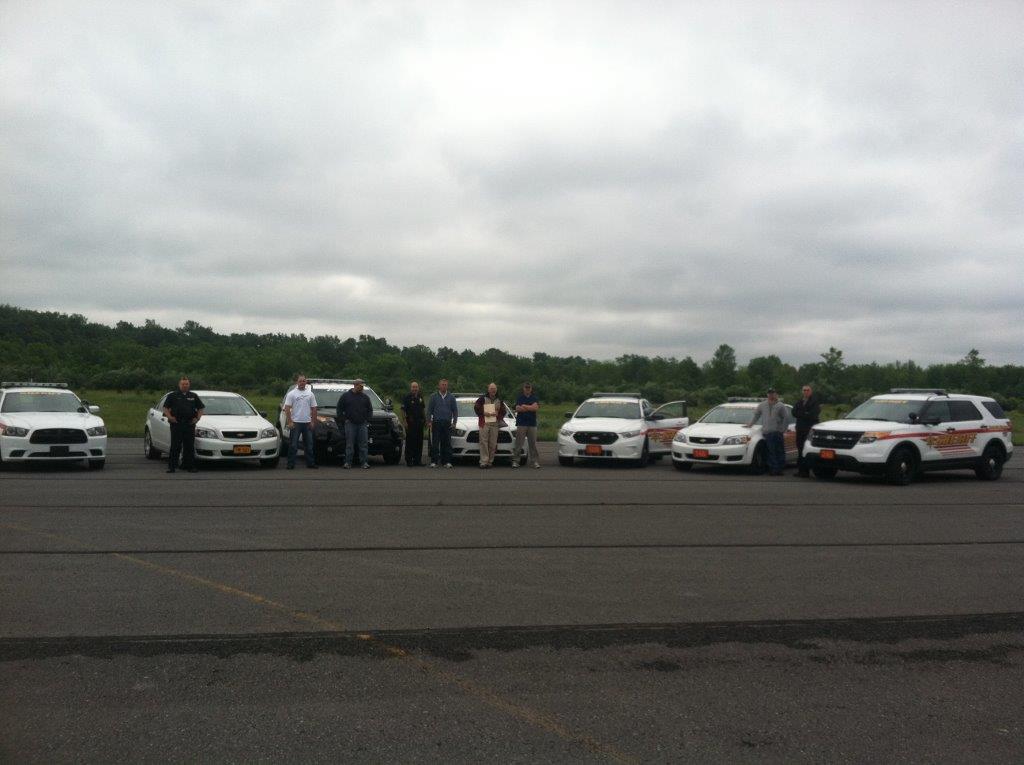 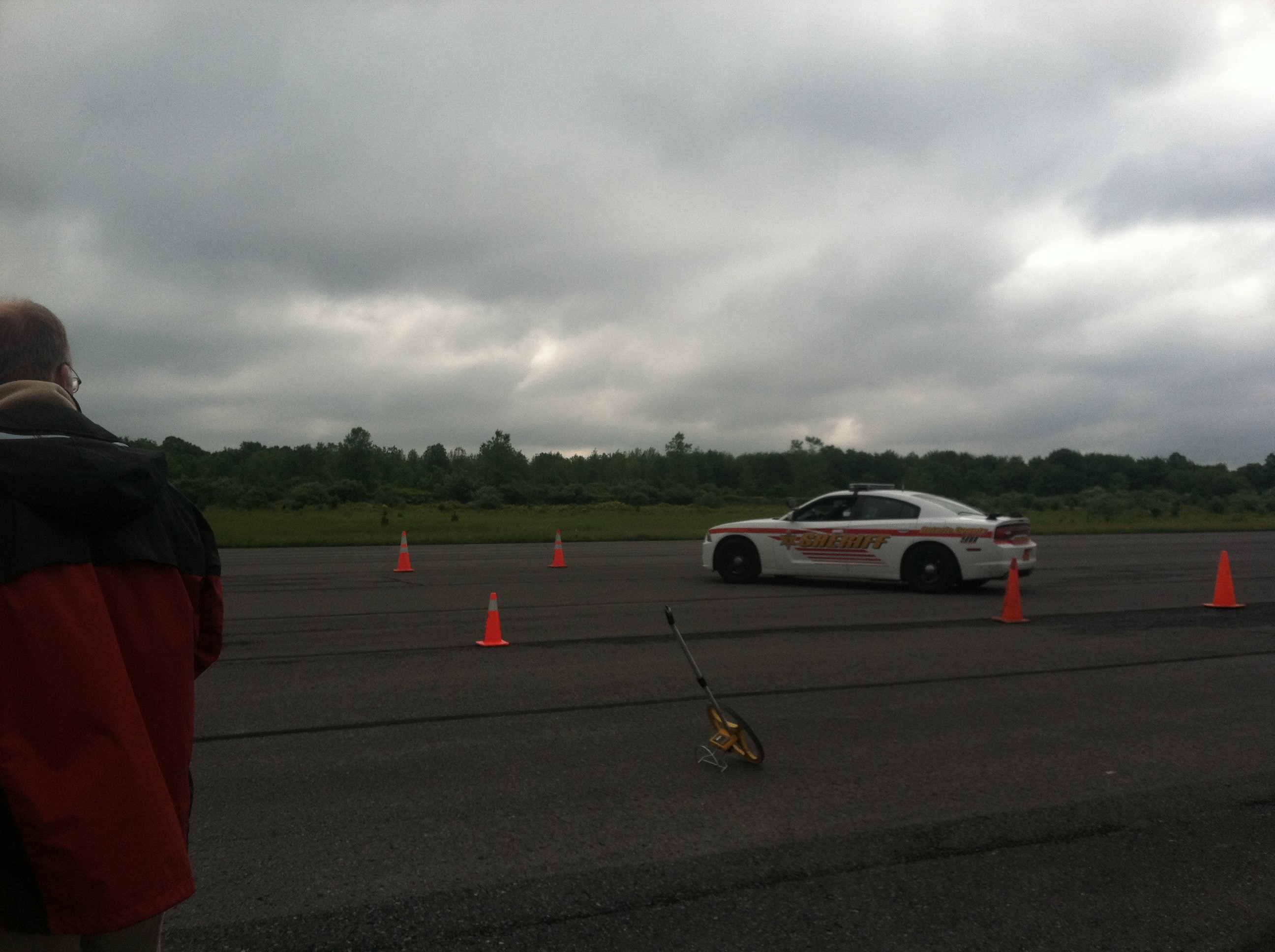 Over the last two years, Ontario County purchased at least two cars of each model and has been testing them over the road. What remained was a performance test to see how each performed in acceleration, turn-and-pursuit, top speed, agility and braking distance. The testing protocol was researched and designed by Commissioner of Public Works, Bill Wright, and undersheriff Dave Tillman with input from the County's deputies involved in driver training. The Results will be tabulated and posted here on the website. It was a pretty fun day, as you can imagine!