County Residents entered military service during World War I long before the United States declared war on Germany, or the Austro-Hungarian and Ottoman Empires.  The proximity of Ontario County to Canada resulted in a few volunteers crossing the border to fight in British-Canadian units, particularly the air services.

A report by the two local Selective Service boards (Geneva and Canandaigua), filed in 1919, revealed that 2129 men entered the various services from Ontario County.  1379 men were inducted under the draft law. The remaining men volunteered for service while that was still possible.  It should be noted that while the report goes into detail about the qualifications of the men, no women are mentioned, despite a small number who entered the Army as nurses. It is not known how many local women entered either the Navy or the Marine Corps during World War I.

Eighty residents of the county died serving in American military forces during the war.  Some were killed in action, while many more died as a result of wounds received in action or from disease and accident. Those men who went forth from Ontario County and died during the war are memorialized by name and community on the memorial plaque found on the first floor of the Ontario County Court House. 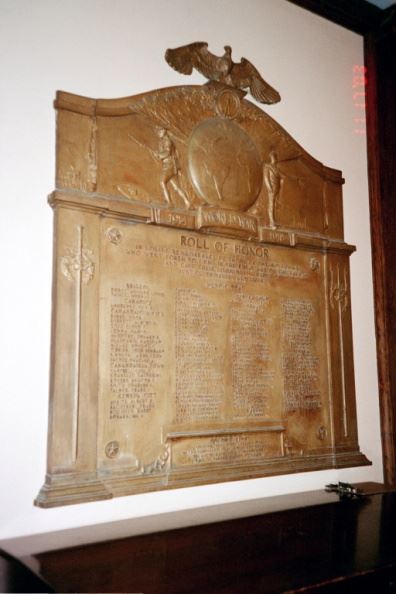 Many more memorial plaques honor the dead of our local communities.  Those can be found in churches, public parks, and other public buildings.  Most of those other plaques display the names of those who served in the war, but did not necessarily enter the service from a local community.  Many of the World War I veterans buried in the county did not originally live here. 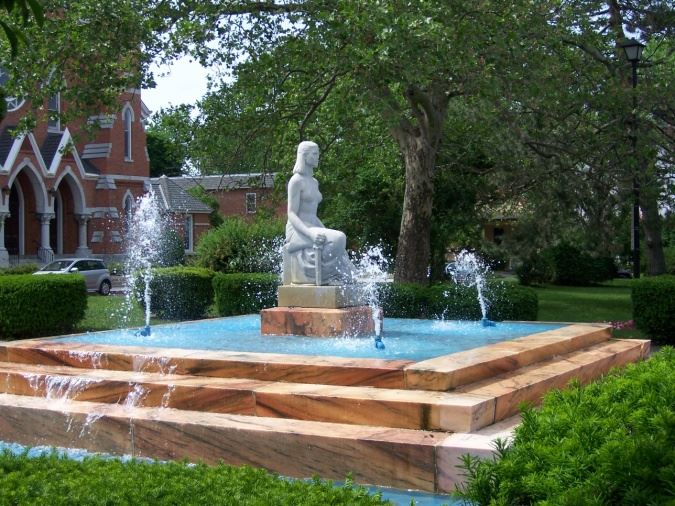 Conversely, many of those who did enter service from Ontario County were buried in American cemeteries overseas, or in other states and communities.

While many of the veterans of World War I eventually had their records recorded by the County Clerk, those records are closed to all but family members, funeral directors, or veterans service officers in accordance with the provisions of a law passed in 2002. However, a great deal of information may be found in newspaper accounts and other historical collections that are not closed by law. Many records from the state archives are available on the commercial website Ancestry.com.

By November, 2018, the burial places of all of the World War I veterans buried in Ontario County will have been inventoried. They are arranged by municipality. To date, about half of our municipalities have been canvassed and the results are posted below. Users who have additional information or images are encouraged to contact the County Historian at Records and Archives.