Although teen driver fatalities have declined over the years, motor vehicle crashes remain the leading cause of teen deaths. In fact, the United States is in the midst of an alarming overall increase in roadway fatalities. This makes it more important than ever for parents to be insistent on the rules set for their teens’ behavior behind the wheel.

As a parent, you are the number one influence on your teen driver’s safety. Self-reported surveys show that teens whose parents impose driving restrictions and set good examples typically engage in less risky driving and are involved in fewer crashes.

Here's how to get started on shaping your teen into a safe and capable driver. 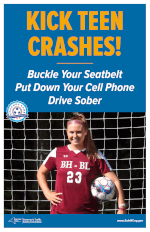